I LEFT NIGERIA BECAUSE I WAS TIRED AND FRUSTRATED, MY PARENT WANTED ME TO DO MY MASTERS DEGREE IN NIGERIA BUT I DECLINED,TO HAVE MY WAY, I TOLD THEM THAT NOBODY CAN TEACH ME IN NIGERIA ANYMORE 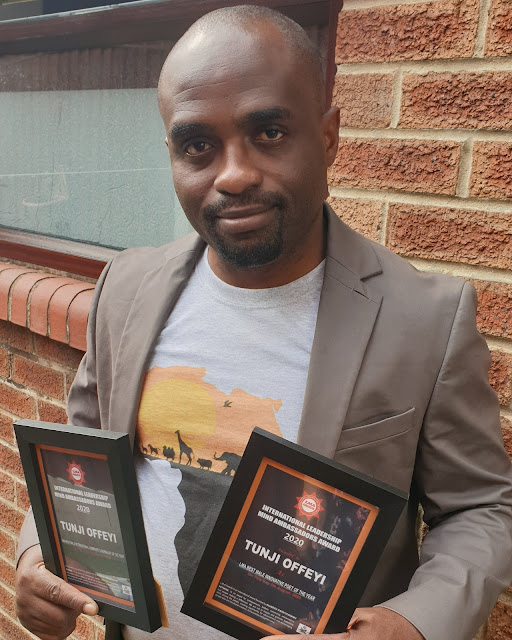 Tunji Offeyi is an award winning  UK based Journalist, Poet and a global analyst, he was born in  Lagos state Nigeria, attended Lagos state University where he obtained a BA in Literature in English and in 2009 he moved to the United Kingdom for further study, where he also obtained a master’s degree in International Relations from Staffordshire University. Tunji began his career in journalism in 2003 through the week magazine (Now defunct) and rose to the rank of Special Correspondent (Lagos) , as an experienced Journalist he had the privilege to interview great personalities like Izi Codron the producer of the Hit movie Hotel Rwanda, Nigerian legendary flutist Tee Mac Iseli, Professor Liz Barnes-Vice Chancellor Staffordshire University, and several Nollywood Stars such as Segun Arinze, Stephanie Okereke-Linus, Richard Mofe Damijo (RMD) amongst other notable names in the Nigerian entertainment industry.

He has written several poems and short stories notable among his story is the pleasures of the night, this story caught the attention of the government and influences their decision to take action against prostitution and other vices going on around the night clubs in Lagos. Tunji is also the author of the book Echoes from The Soul (A collection of poems) which was launched at The Albany Centre, London in 2009. He has received several awards for some of his write ups, his poem ‘Chapta two’ was recently published by the prestigious Cake magazine, a Poetry magazine based in the University of Lancaster, after being mocked by a poet in a reading club in London.  He is married to a Hungarian woman Kitti and they are blessed with a lovely son Noé , also known as Eniola. Tunji loves traveling with his family and they have been to 15 different countries of the world. 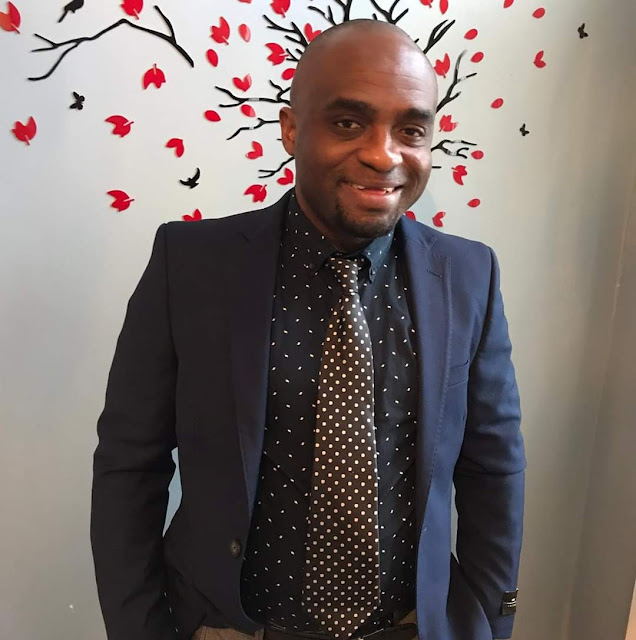 Tunji shares his story on how he moved from Nigeria to the United Kingdom and how transition was for him, he left Nigeria because he was tired of the country and frustrated about the situation of things in the country; his parent wanted him to do his master’s degree in Nigeria but he declined saying to them that he is too intelligent to be taught in Nigeria and those who can teach him are in the UK. of course, this was to provoke his family so he can have his way to leave the country. Like every other youth in Nigeria, he had tried all he could to succeed in his career but all to no avail, he was famous but has nothing to show for it, he got the opportunity to come to the United Kingdom, it wasn’t an easy journey for him starting out in the UK, as he came into the country with just twenty pounds which lasted for just one week after his arrival and his dream was almost fading out after one week in the UK. He got some support from the pastor of the church he attended when he first arrived until he was able to get a job. He was kicked out from where he was squatting with a family, he  moved in with some friends in a single room and continued to struggle to live his dream, he got a job with more hours and was able to rent his own apartment and life began to evolve from there for him, he met his wife they got married and moved to a bigger apartment he no longer lives in the hustle and bustle of London and now he is living his dream. He advised those who aspires to leave their country to pursue their dreams abroad to plan it right, get the right documents in place,  so they can have a peaceful  migration , because if they don’t get it right from the beginning, they might spend the better part of their life running from immigration and might even be deported after spending so many years without achieving nothing. 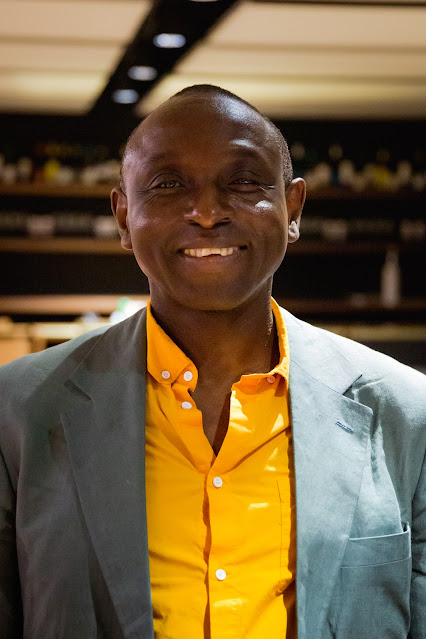